This is one of the few city playgrounds that was not taken out in the last big wave of playground removals (CSA replacement program, 2000 - 2003). It's almost identical to how it was in 1999, and it has stood up very well (plastic components included). The playground equipment is from "Children's Playgrounds" (Peterborough) which was bought by the Henderson company when it fell on hard times.

The City's playground maintenance shows over $8,000 repairs made to the playground between 2000 and 2004, but it's hard to see where -- the 1999 photos and the current ones seem pretty much the same.

On a hazy August afternoon, there were tennis players on the tennis courts, plus one small day camp in the playground, eating their lunch. There's a single splash-source next to the playground, but it looked as though as the kids had been playing there, and had draped their towels over one of the playhouse walls. They looked very much at home in the playground. 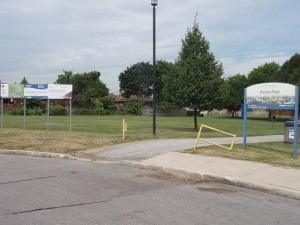 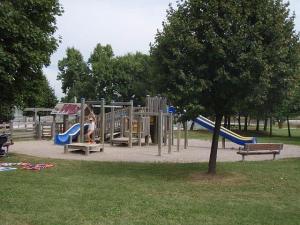 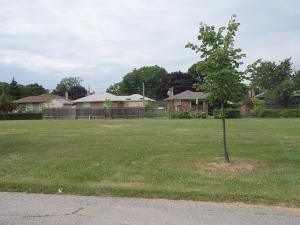 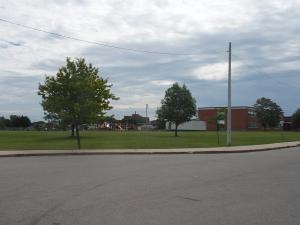 Primary school with playground? beside park 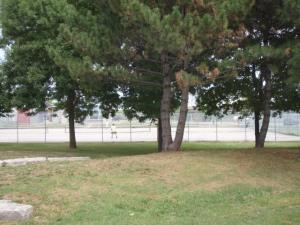 tennis court beside playground, Highway 400 behind 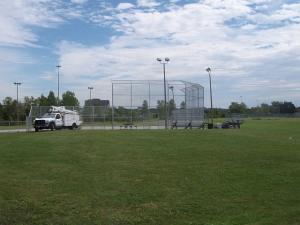 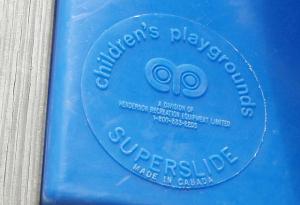 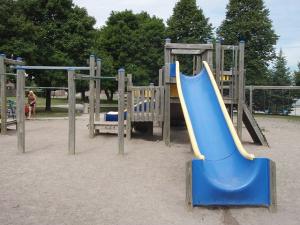 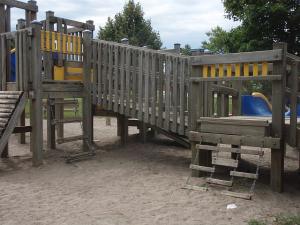 outside of jiggly walkway. 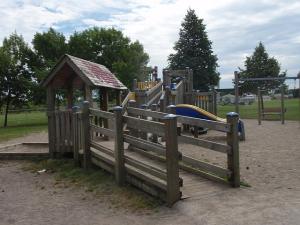 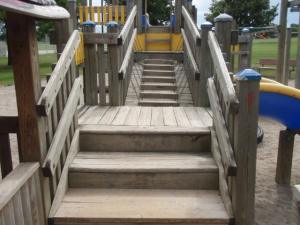 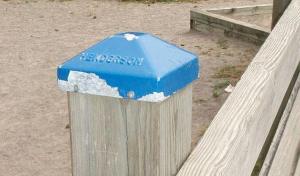 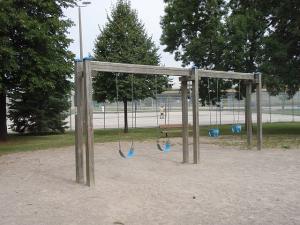 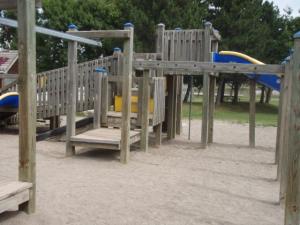 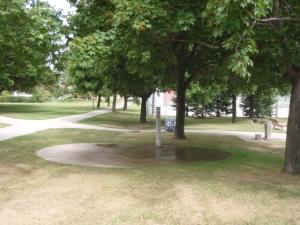 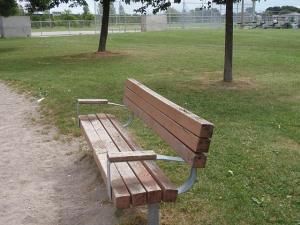 a few benches, could use some paint

On this sunny Saturday, mid-afternoon, the only people in this very large park were 7 baseball players in the diamond. The playground is gone. 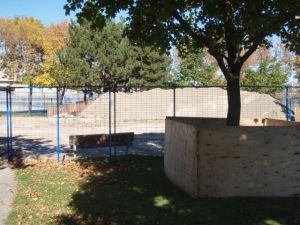 The playground is gone, just a hole now 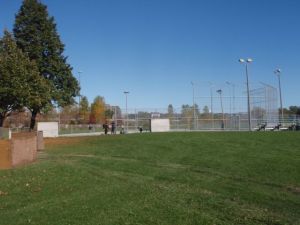 New equipment is in, manufactured by Gametime. Nice weekend but nobody playing. 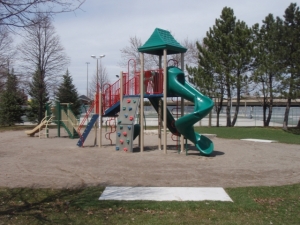 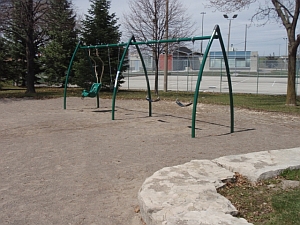