You are on the [cover page] of folder [Mac Gregor Park] 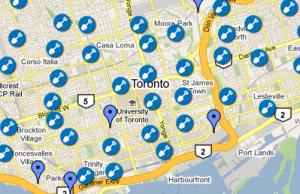 There have been lots of announcements about the federal stimulus funding that's supposed to push the economy back on track. Toronto is getting a long list of projects covered, including lots of money for public transit. But there are smaller projects too.

Many of the smaller Toronto stimulus funding projects are water pipes that need replacing or laneways that need repaving. But some of the funding is being used to do "state of good repair" projects in parks. One of these projects is the repair of the MacGregor Park Field house, on Lansdowne Avenue near College street.

When the new consultants arrived in August 2009, to evaluate what needed doing,

5. Install one new washroom partition in the Men's washroom

10. Replace the "square D" 160 amp 120/240V breaker panel, the receptacles and switches. Investigation and recommendations to any further electrical upgrades is also required.

11. Investigate and repair recommendations are required for the basement foundation

1) Door Frames - They have been delivered to the site and installation will commence shortly. Door delivery is expected by July 27/10.

Pretty exciting, that the field house will be fixed up!

They dug a big moat around the building early this week. They allowed me to go in to get some paint brushes, but it is a work site now and steel toed boots are a requirement.

Thanks for sending the schedule, I forwarded it to the park staff and to Kristen. The staff and the artist were not notified of the starting date and so they didn't manage to get into the building to clear out the contents and leave a clean fields for the workers. I think Mayssan will now try to go through the channels (Parks) to arrange a time when the staff and the artist can get the stuff out of MacGregor and the electricians/flooring people etc. can get to work inside. Would Christina be able to help smooth the way? (All the staff have steel-toed boots) 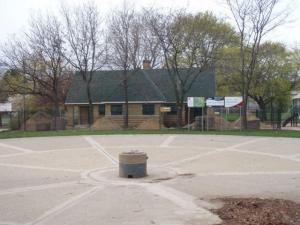 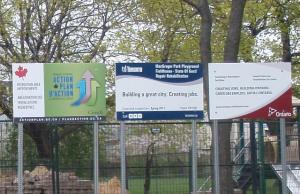 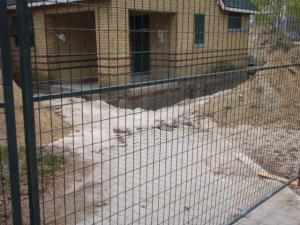 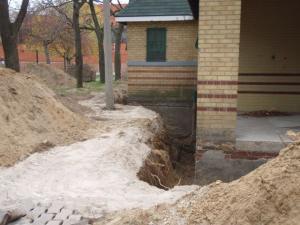 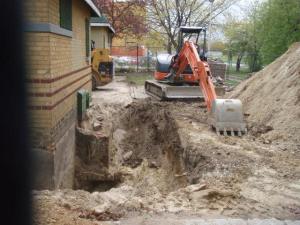 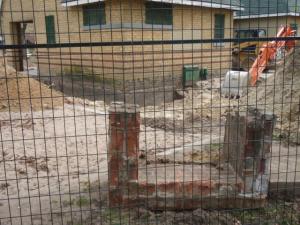 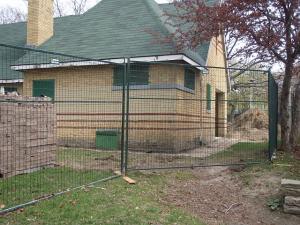 Work is expected to be complete by May 28 (weather depending for exterior work). 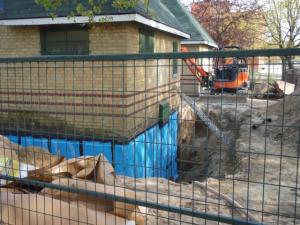 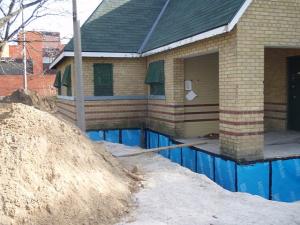 Why all this community effort?

Twenty years ago, MacGregor Park was hopping, especially in the summers. There were lots of children in the families living along the tracks, and there was lots of programming for them. The field house was their community clubhouse.

The children grew up, the programs shrivelled, and the park became a bit of an orphan. By the time the next big wave of kids came along, the field house was mostly locked up, and there was very little programming in the park.

Then, around 2004, two park neighbours began to add new activities to the park. Anna Galati, a young mother who lives across the street, urged the City to improve their programming. Kristen Fahrig, an artist who lives around the corner form the park, asked the City to let her introduce some arts activities. The three-way collaboration (Anna and Kristen with Recreation) began to revive the park. Kristen's efforts were supported by several City of Toronto Community Arts grants, and she and Anna recruited other local talent to get involved. The programming was not only in summer, but also in winter. 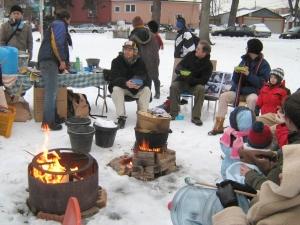 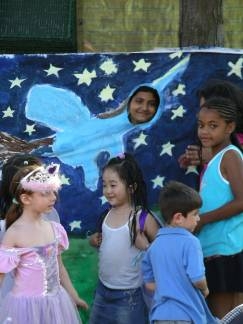