You are on the [Laneway House] page of folder [Neighbourhoods]

at intersection of two laneways

used to be a stable, now apartments

put the coffee on

Laneway houses were explicitly enabled by the Ontario Government in 2003. The City of Toronto passed a laneway suites bylaw in June 2018.

When the bylaw was passed, it seemed like here was the key to letting older people "age-in-place," letting families support relatives with special needs, allowing adult children to continue living in their neighbourhoods even though houses have become unaffordable for many.

BUT in 2020 most people wanting a laneway house find they're ineligible.

It's time to take the conversation back into the neighbourhoods:

Answer: Is it Toronto Fire Services? Or Toronto Buildings? The story up to now 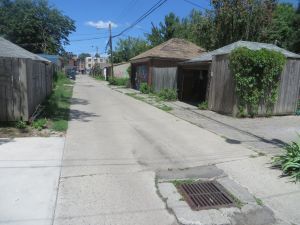 wide laneways in the downtown 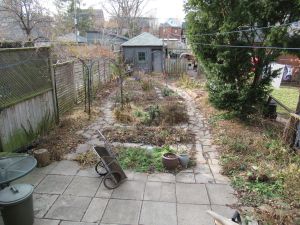 The alternative is condos and apartment towers. Here's a MAP of the region around the CELOS office, showing how many such large housing projects are underway nearby. They are mainly on arterial roads. The houses on the side streets often have a lot of extra space that could be filled in with smaller-scale housing.

Question: how many laneway permits have been issued?

The "buzz" is that laneway houses are just another piece of gentrification. Certainly there's lots of talk about building little designer houses and adding even more resale value to properties that have them. But existing laneway houses mostly look like pretty modest rental accomodation.

Back to front page