August 13, 2010: This playground is in a neighbourhood of mainly one- and two-story houses on large lots. There is a gated high-rise enclave to the west.

On a hot, sunny August afternoon, there was no one in the park. There are no washrooms, no shade at the playground, no water, and few benches. However, there is one new picnic table. The playground is not wheelchair-accessible (deep sand surfacing, no accessible features e.g. swing). The equipment contract went to Henderson.

There is a tennis club and a large decorative flowerbed at the south entrance, and the park is well-kept. 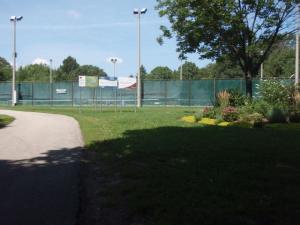 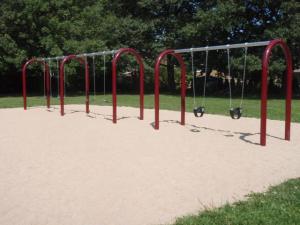 six swings -- but no accessible swing 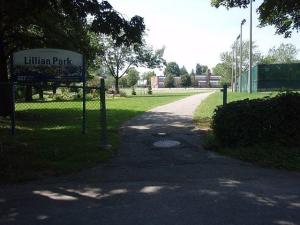 south entrance to the park 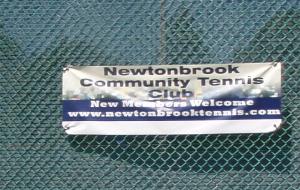 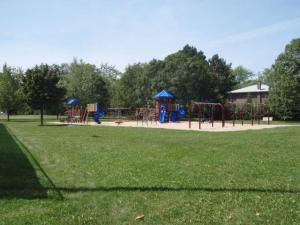 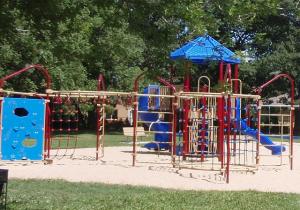 no shade, no water, no washrooms, no kids 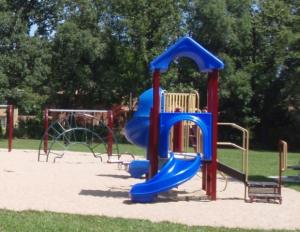 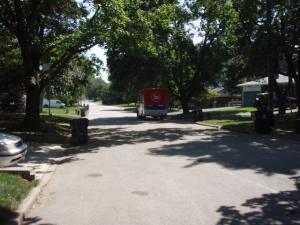 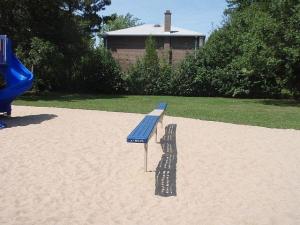 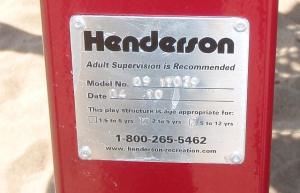 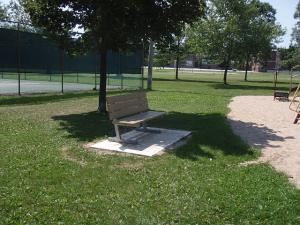 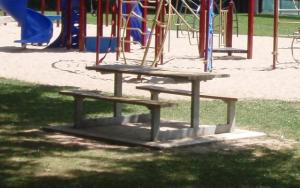