Joe MacDonald: No, I dont think its enough. I wouldnt want to say, lets make it a billion, but Parks is one of those divisions thats last in line for just about everything and theyre kind of okay with it. An $180,000 project in the grand scheme of things is not even spit in the wind. But the $180,000 has real resonance locally. Thats a lot of coin at the local level. If the councillor is not prepared to step up and say that that $180,000 is managed in a way that makes the most sense to the community, then it really doesnt matter what the councillor does in the big things.

One of the things about Toronto is that it is fabulously green. Weve got lots of trees; weve got lots of green spaces. But as a city, I dont think weve really sorted out how to make those green spaces relevant to the people that use them. The one way we can really do that is on a ward-by-ward basis with councillors who really think that its important. 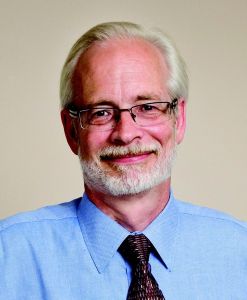 JM: But you said that you think Parks and Recreation are under-resourced anyway, so how are you going to get them to fix things like the MacGregor field house problems?

Joe MacDonald: You have to hound them until Parks and Rec. gets it done. Its a big bureaucracy and its not going to move quickly just because Joe MacDonald shows up and says gee, you really should, we really want this.... All I have to do is go down to the park; take some photos, and say, when will this be done?

Once we have a date, well share that information with the community. When the date comes, I or my staff is there taking pictures. Not done? They cant get away with it. Ill bring it to community council. I will show up at Parks and Recreation and demand that this stuff be done. I do not mind calling to account city staff for what they are responsible to do. Thats the only way you can do it. It would be foolish for me to say, Oh, I will push the blue button, and that will move the red lever, and the orange ball will drop. I cant tell you that, and I dont want to lie to people about it. If parks are important for residents of this ward, they need to know that parks are important for me. If people in this ward say, gee, Dufferin Grove is really cool, but its not so cool at Perth-Dupont, what do we do? They need to know that I think its important enough for a councillor to put parks on his agenda, bring the people together to share successes and experiences.

JM: In what way will you bring people together?

Joe MacDonald: I dont want to burden people but I want to provide them with opportunities. I havent decided whether Id like to bring them together every two months or every month. Maybe every month is a bit much. I intend to take my constituency office on the road, through the ward. So well go into the Junction Triangle, here to the Grove, to Wallace-Emerson, let people know, distribute the leaflets  give people the opportunity to show up. This meeting is where I will tell you what is happening at city hall, if you dont know, and you tell me what you think. And also, I would like to be able to bring people together, from Campbell, from down around MacGregor, from the Grove and Wallace-Emerson -- those who are interested in park space  how to animate it, how to take responsibility for it and gain ownership for it. Lets just talk about parks, what are three or four simple things we can do at Perth-Dupont or Campbell to make the park a little bit more welcoming? What can the councillor do to make that easier? And Id kind of like to see that twice a year or maybe once a year, where I can bring people together on a Saturday. In the morning, we can talk about things that are happening elsewhere in the city, things about parks that we can do. We can workshop it a bit in the afternoon, and then come together and decide together what we can do next. I can imagine that people are going to say, We need access to three things, we need this kind of information, and we need your support in drafting a plan. Then its up to the councillor to follow through on that. And if they dont  throw the bum out.

JM: Okay, but what if somebody says, we want better ice maintenance in the wintertime at Campbell Park, and we want to toast marshmallows at a rink-side campfire there every Saturday, and we want free access to the rink house if we want to have community gatherings, or meetings that pertain to the park or to the neighbourhood. We want to gradually move the rink house towards being a clubhouse. But that requires an upgrade in the wiring, so we can make coffee, and have better lighting. This is a real example, its been requested for years, but its never available. So how would you then go about getting these things, how would you make it happen?

Joe MacDonald: Well first my staff and I would have to find out what the lay of the land is, what were dealing with in terms of capital projects. If the staff says, we cant get to that until 2020 then we need to know that. And then we start to look for solutions. Even a brick wall has some way around it. It comes back to, if the councillor sees these things as important, then its not going to be a case of oh geez, they cant get to it until 2020. We have to find a solution. If we have to go off-site, if there is a bunch of lemons that can be squeezed that we didnt know could be squeezed, we have to do that. For me to say, this is my detailed plan for upgrading the wiring and the ice-making process is not being honest. But the parks will continue to matter to me. I grew up in southern Etobicoke, and in my neighbourhood the parks werent really great  but they were full. In 1960 it cost me 10 cents to skate at Sir Adam Beck. It wasnt free. Be that as it may, walking seven blocks with my skate guards on, or taking part in the day camps  I dont know what it would have been like growing up without that. Those places are important, and in a city theyre really important, because they are convenient gathering places. People should be able to feel like they can go there and make use of them, and feel safe.

JM: So following up on requests like for example about Campbell Park is very important to you.

Joe MacDonald: Yes, I live here. I want to be able to ride my bike and go for a walk and hit a string of wonderful parks. I want to have a real confusion on summer Thursdays and Saturday evenings about where to go, because theres so much. So its not a question about will Joe MacDonald pay any attention? Joe MacDonald is coming to the table and saying, this is what I think is important, and that includes parks. It includes how we manage the public realm, broadly speaking. The key intersections, and how do we treat them. Complete streets is almost a platonic ideal, because we have to make decisions about what we want to do with them. What happens in terms of design and redevelopment is going to be crucial.

I see the councillor providing the information that sets the context for the discussions that we have. So there will be some things where Im going to have to say to a group  okay, thats going to be very difficult to do, these are the reasons why, and these are the things that will have to change, before we can get what you want. If it changes just once here it will have an impact for the rest of the city. You need to think about it, I need to think about it. Looking for solutions instead of dwelling on the problem. As a councillor I can get information very easily for people, and when people have the information, they start making better decisions. Not perfect, but better. And if they understand that my role is not to frustrate them at every turn, but to help find a solution so that I can go down to city hall and do my job, well get somewhere. People at City Hall will step back and say, Aah, yeah, okay Joe, maybe thats not number one on our list but well see what we can do. Fine. My dream for Ward 18 is that as this process goes on, we are mentoring, and people are learning how to become community activists. I want to provide them with the opportunities and the tools to learn, so that its not just me taking on city hall, its them, taking on city hall with me.

JM: You want to grow some activists.

Joe MacDonald: Oh yes. I just see this ward as one large network. And when theres a redevelopment issue, ideally not only will people be able to act at Bloor-Dufferin, but theyll be happy to go down to Gladstone-Queen and support them, and do work for them on the issue. If theyve got the time, because now theyve got the skills. The councillor can say, This is where youve got to go in the bureaucracy. If you need a meeting, Ill try to arrange one for you. Local government can really be good government, and it just takes a councillor and some people who are interested, to start to knit these pieces together. I want this ward to be an example of how, when the community is engaged, the decisions and solution are better, the outcomes are better, and when city hall says  were going to do this! Ward 18 says, No, no  were going to talk about what were going to do. As a councillor, if my interest is travelling the world trying to induce very large merchants to put shops on Yonge Street, I wont be worrying about parks. But its easy to screw around with Parks and Forestry until its not there. Its easy to turn the tap off just a little bit to make it more difficult, and then we dont have it. And then what? Right now we have silos, and silos within silos, and some of those silos just dont want to be bothered. And council doesnt want to be bothered with it either. Its just not important.

JM: you mean, bothered with fixing the problems?

Joe MacDonald: Thats right. But for me, I live here in Ward 18, and whatever solutions and decisions are made, Im going to have to live with them. I want to do this right.