The Star: The Tragedy Of The Commons

You are on the [The Star: The Tragedy Of The Commons] page of folder [Revenue 2008]

The Star: The tragedy of the commons 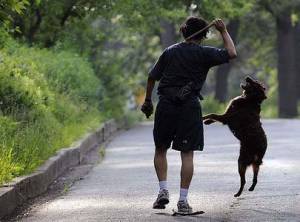 There's a dog killer on the loose. As suspicion mounts and dark speculation swirls, a battle is emerging over the soul of High Park  or perhaps its many souls

Bathed in early-morning sunlight, Cindy Carroll stands next to what used to be a compost pile just outside the allotment gardens in High Park, where dead raccoons have been found with something approaching regularity over the years.

From there, a little path runs eastward along the garden fence, almost completely shrouded by Himalayan Balsam, where a fox had scampered not an hour earlier.

"It was on Saturday when she went down there," says Carroll, `she' being Henna Rose, the 2-year-old golden retriever who died this week.