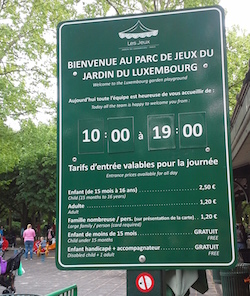 A park in Luxembourg garden with a playground for kids and a kiosk selling foods such as baguettes, pasta, hot and cold beverages and ice cream. There is an admission fee of 2.5 euros (adults are 1.5 euros) to the playground, however children under 15 months and children with special needs are free. 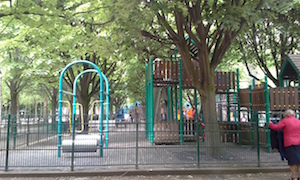 Back-end view of the park with fences,
separating the park from the public garden space. 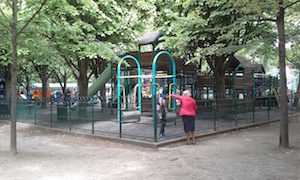 Another photo showing the back view of the park and
family members communicating on opposite sides
of the fence. 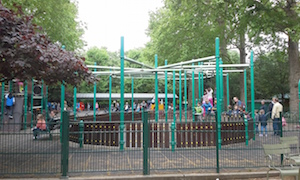 A few kids using the monkey bars;
monkey bars are circular and vertical. 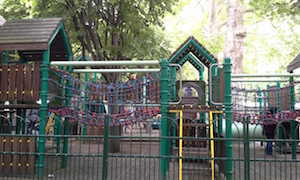 Enclosed bridges from one play house to another. 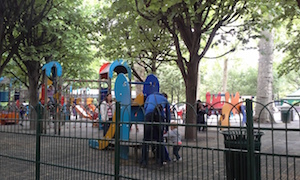 A slide in a shape of an elephant for little toddlers. 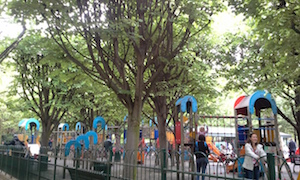 Side view of the park with more playground equipment
 the park was full on this day (May 13th, 2015). 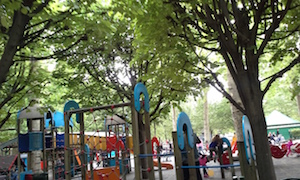 Another side view of the park, with a vertical spider web
made of ropes for kids to climb. 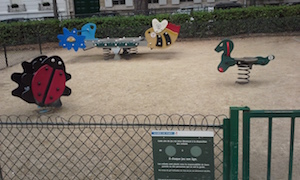 Across from the exit of the Luxembourg Garden,
there is a park called Marie Des Paris. It is filled with
gardens and multiple small identical playgrounds
throughout the park; they have no admission fee but
there was only one child who briefly ran in
and out again. 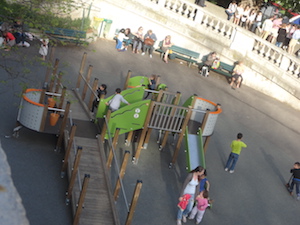 In Montmartre, the Sacre Couer exit leads to
a staircase. The bottom of the staircase contains
a small playground filled with children and their
parents/caregivers. 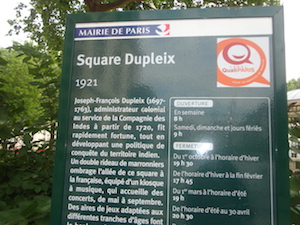 Square Dupleix is a park located in downtown Paris.
We went during school hours so the playground had
only a few children in it. 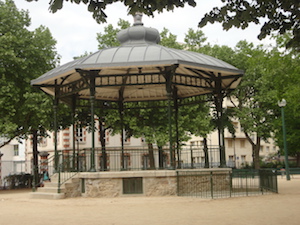 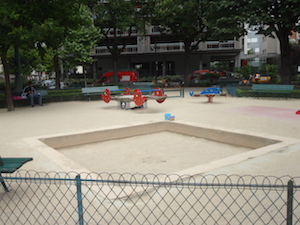 There is a sand play area with a teeter-totter.

There is plenty of space on the playground,
and a quadruple teeter-totter on the left. 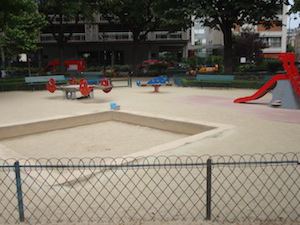 There is a slide to the right. 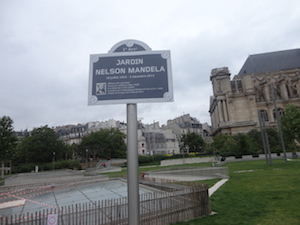 There is a garden dedicated to Nelson Mandela,
across the street from Musee de Louvre. 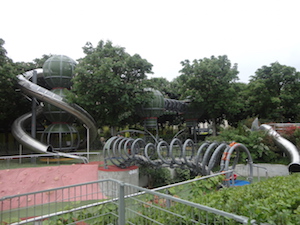 There were children playing in the park outside the playground enclosure but not on the long metal tube slides.

This playground is mostly metal, whereas the others seem to be mainly plastic-coated metal.