You are on the [Stan Wadlow] page of folder [Kitchens]

We parked in the lower parking lot by mistake, and had a pretty good view of the surrounding park as we walked towards the community centre. Large green rolling hills, a playground, a school, ball field, splash pad and outdoor pool attached to the centre. One of the first things you come upon when you enter the community centre is a little snack bar with coffee and cookies.

We met with a recreation staff on site who was very friendly and gave us a full tour. She explained that the coffee is a daily fundraiser run by volunteers from the Seniors Action Centre, a non-profit group that has been at the centre since before amalgamation when city staff were re-shuffled and the centre became a general, rather than seniors-only, recreation facility.

The little snack bar has a friendly window, and the SAC bought a bar fridge and cabinet to store their supplies. Recreation staff say they work very closely with the SAC, and include daily drop-ins, fundraisers and bbqs. They share storage, BBQs, lots of different things that they have worked out informally over time, things it just makes sense to share. Staff say things are working here in a way that seems pretty unique. The SAC, and another seniors groups who runs less frequent programming, the Cedarville Seniors, have permits for most of their events, though of course their fees get waived.

Next on the tour was an outdoor patio. At first it seemed like an ideal public gathering place in the summer, but on a closer look, the chain link fence that blocks it off from the pool surrounds it on all sides, and the gate is locked. Staff told us the patio is permitted out with the adjoining room inside, so if it's chilly day in April and you rent the lounge, you get the patio too, otherwise, it's off limits (although the seniors do garden here in raised beds with the help of rec staff). There is no open common space in the centre, except a single little bench inside the front door, where an older man was sitting for a good part of our visit.

Off a larger multi-purpose room is the kitchen, used often by the SAC, and generally programmed or permitted just like the other spaces. It is a commercial kitchen inspected by public health.

There is another snack bar (not leased) with a window facing the playground and ball field outside run the the baseball league. They have space inside for set-up, separate from the kitchen, though we didn't see it. Rec staff explain that the baseball folks don't actually do any cooking, just drinks, slurpies, and hot dogs, etc - they have a big hot-dog roller machine that they share with other groups in the centre when they need one.

Next the tour took us outside. The playground is new, with some wheelchair accessible parts, and had a handful of happy people swinging around. There is a skatepark with a built-in bowl, and one lonely roller-blader. There's a garden run by the mainly-seniors garden club - there's no recreation staff for the garden. There's an allotment garden down the hill, near where we parked, a bit separate from the rest of things. Staff took us to the arena, which has its own snack bar leased out, and the name "Lou's" taped up in front of the painted words "Snack Bar."

Last but not least we found the firepit, in Taylor Park, and adjoining woodsy park down the hill. Rec staff told us they had a big event there a couple of years ago, with recreation staff helping out, and they got the permit for the fire through the permit office. 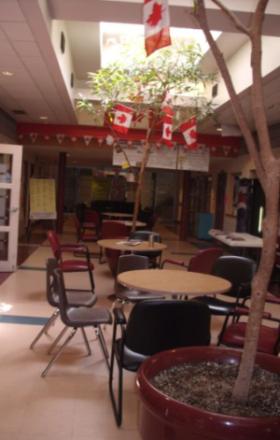 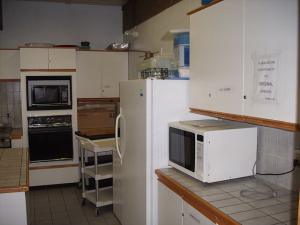 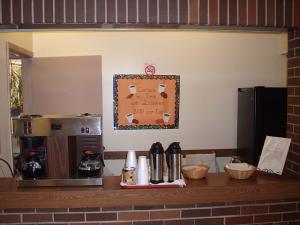 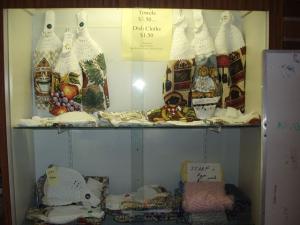 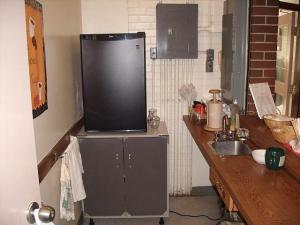 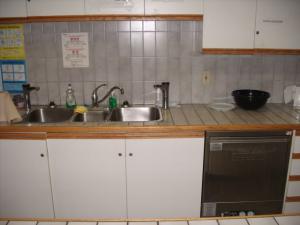 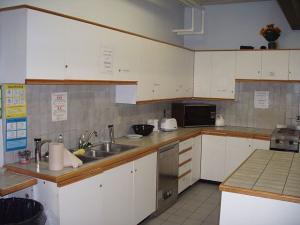 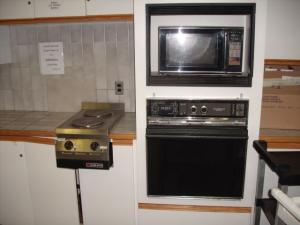 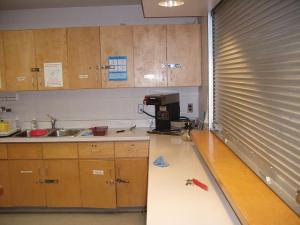 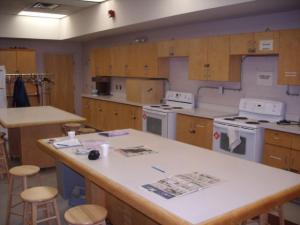 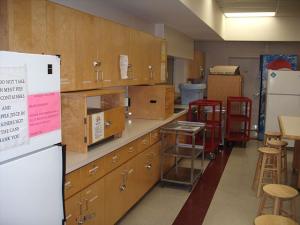